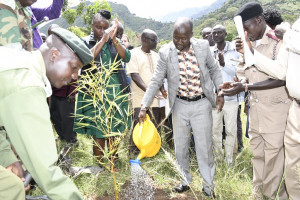 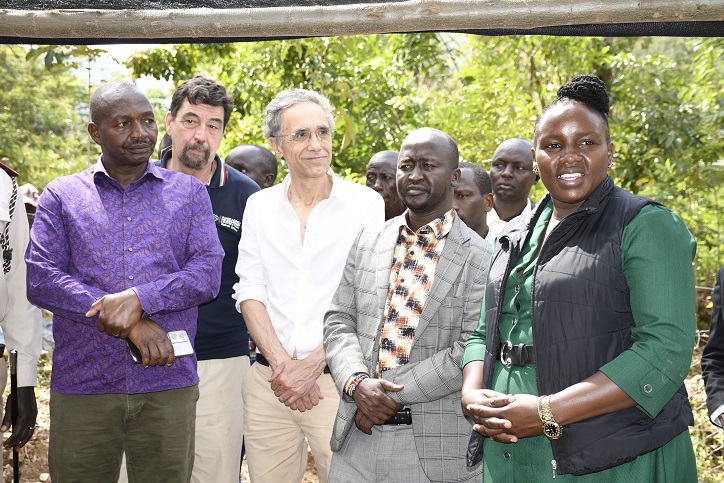 The project being funded by Italian Agency for Cooperation and Development and led by Giovanni Grandi from, Head of Office, Nairobi, the initiative aims at restoring the most degraded water catchment areas extending from Mt. Korellach to the WeiWei River and its environs. 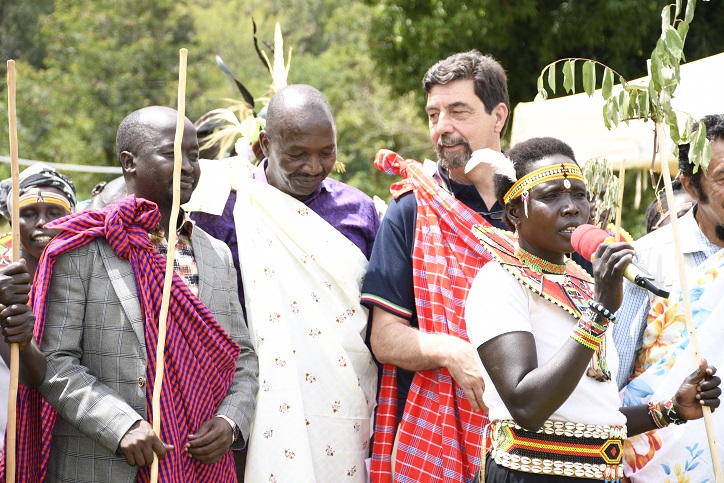 Through its implementing partner ARS Progetti (a consulting firm specialized in agriculture, social and physical infrastructure) led by Giuseppe De Bac, the project will be realized by introducing soil and water conservation techniques, including regenerative farming practices. Planned activities include introducing appropriate measures for soil conservation, rehabilitation of gullies and promotion of terracing, agroforestry, and reforestation.

H.E. Komolle hailed the move to introduce the project in Weiwei and Tamkal, which were largely hit by the 2019 landslides, saying it will play a key role in tackling climate change crisis.

Parua, Nyarkulian and Tamkal areas were hard hit be landslides, partly owing to deforestation to pave way for farming activities. Mr. Dec Bac asked the residents to embrace tree planting to help cushion them against climate change crisis. He said it is through planting of trees and protection of water catchment areas that governments can build resilient communities. 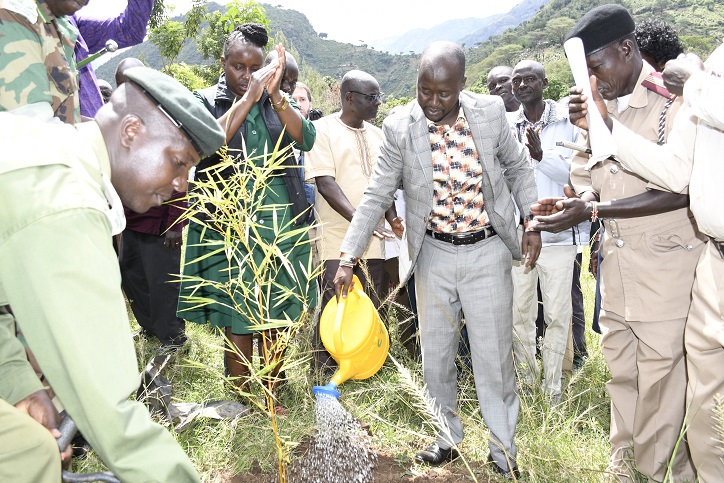 The launch culminated in a tree planting exercise at Cannon Price Secondary School. Present were CECMs Lucky Litole from Water and Environment, Wilfred Long’ironyang from Agriculture and Livestock, Esther Chelimo from Lands and Housing, Chief of Staff Tyno Rotino, Giuseppe De Bac from ARS Progretti leading the project’s implementation among other officials from Italian Agency for Cooperation and Development.