Vision‌A model County in Service Delivery.‌‌MissionTo Transform Livelihoods through Equitable and Sustainable Utilization of Resources ‌Our duty as the county government is:

West Pokot County is one of the 14 Counties in the Rift Valley region. It is situated in the North Rift along Kenya’s Western boundary with Uganda border. It borders Turkana County to the North and North East, Trans Nzoia County to the South, Elgeyo Marakwet County and Baringo County to the South East and East respectively. The County lies within Longitudes 34° 47’and 35° 49’ East and Latitude 1° and 2° North and covers an area of approximately 9,169.4 km2. West Pokot County, whose Headquarters is Kapenguria, is mainly inhabited by Pokot community and minority community of Sengwer. We are religious people, and most of us are Christians, but we also have Muslims. Our culture is rich, and we embrace it. The County is known for its rich cultural heritage, agriculture and livestock. Agriculture and livestock sector is the backbone of the county’s economy with more than 80% of the population engaging in farming and related activities. The county is characterized by a variety of topographic features. On the northern and north eastern parts are the dry plains, with an altitude of less than 900 m above sea level. On the southeastern part are Cherangani Hills with an altitude of 3,370 m above sea level. Landscapes associated with this range of altitude include spectacular escarpments of more than700 m. The high-altitude areas have high agricultural potential while medium altitude areas lie between 1,500 m and 2,100 m above sea level and receive low rainfall in addition to being predominantly pastoral land. The low altitude areas include Alale, Kacheliba, Kongelai, The County is a member of the North Rift Economic Block and also a member of the Frontier Counties Development Council (FCDC).

1. County Executive Committee. ‌Consists of the governor elected by the people of that particular county who have qualified for voting during the elections; the deputy governor and the county executive committee members are appointed and approved by the assembly. The deputy governor can stand in for the governor in his absence. ‌The role of the county executive committee: ‌       -Exercise executive power at the county level. ‌       -Implement, manage, and coordinate county government plans and policies. ‌       -Manage the functions of the county administration as well as the departments. ‌       -Implement laws of the county. ‌       -Create an opportunity for the people of the county to be actively involved in lawmaking. ‌2. County Assembly‌This is the arm of legislation. ‌It comprises of: ‌-Speaker of the assembly whose nomination is by elected ‌-MCA’s Members elected by registered voters to represent wards, the MCAs. ‌-Outstanding seat members whose number ensures that not more than two-thirds of its members are based on one gender. ‌-According to the Act of Parliament, the number of members of exclusive groups such as the Youth and people with disabilities. ‌-Clerk of the County Assembly who must be an ex officio member.‌‌Duties of the County Assembly are: ‌          -Make laws that ensure the county government performs effectively. ‌          -Approve nominees appointed to the Public Service Offices. These are county ministers, county public  service board, chief officers, and county   assembly clerks. ‌          -Approve the county government's budget and expenditure and authorize the allocation of the county  government. ‌          -Approve county development plans. ‌          -Approve and authorize the borrowing of funds by the county government. ‌          -Perform other duties that are according to the constitution.‌‌4. County Public Service Board ‌According to Article 235 of the constitution, every county should have its public service. This is a group of individuals performing all the duties in the department of the county government. This group excludes the governor, deputy governor, members of the executive committee, and county assembly.‌‌5. Ministries. 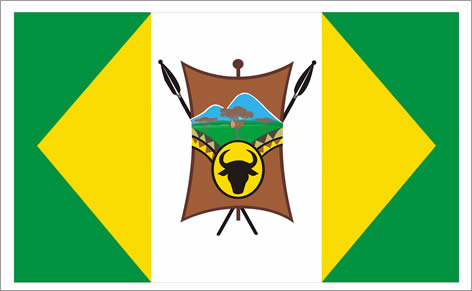