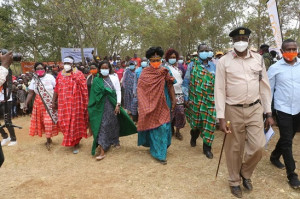 Governor Prof. John Lonyangapuo and CAS Rachel Shebesh joined the rest of the world in marking International Day of Zero tolerance for FGM in an event that was held at Alale Primary School, West Pokot. 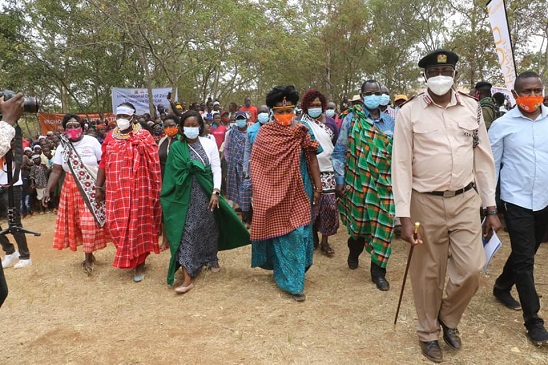 Governor Lonyangapuo said that retrogressive practices have negatively impacted the livelihoods of residents in rural areas, citing FGM
He said that his administration is keen on ensuring girls get education, which will be critical in the fight against FGM. He further urgent all stakeholders to fully support the fight to end FGM.
“Doing so will have a positive ripple effect on the health, education and economic advancement of girls and women” said the Governor. 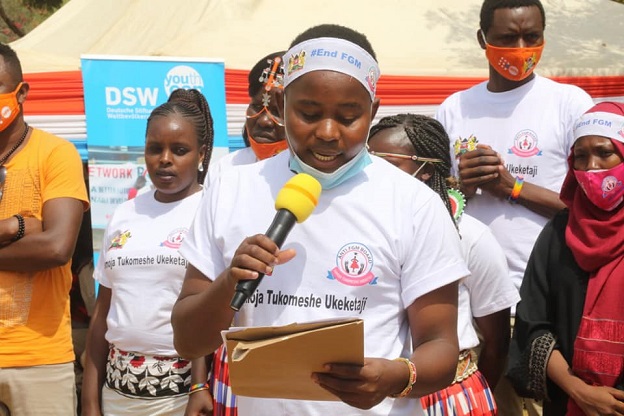 The event culminated in a landmark signing of a declaration to end FGM among Pokot communities living in Uganda and Kenya by representatives from the two countries.
CAS Shebesh noted that there is still much to be done to end the vice. She said her department will continue with the fight, while strengthening existing efforts.
Earlier on, Governor Lonyangapuo hosted CAS Rachel Shebesh- Ministry of Public Service and Gender CAS Maureen Mbaka- ICT, Innovation and Youth, Anti-FGM Board Chair Agnes Pareyio and UNFPA Representative ahead of the commemoration of International Day of Zero tolerance for FGM.
Globally, it is estimated that at least 200 million girls and women alive today have undergone some form of FGM.
If current trends continue, 15 million additional girls between ages 15 and 19 be subjected to it by 2030. 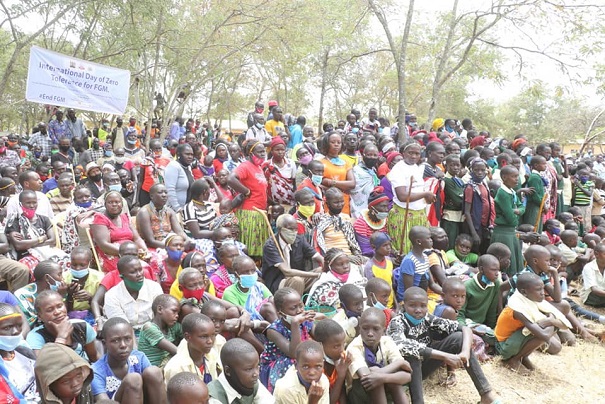 In 2012, the United Nations General Assembly adopted a resolution that calls on all countries and civil society to observe the international day of zero tolerance for FGM annually on 6 February. Observance of the day is part of UN efforts to meet one of its Sustainable Development Goals and fully eliminate FGM by 2030.