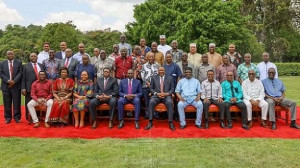 HE Governor Prof John Krop Lonyangapuo on Friday attended the 8th National and County Government chaired by HE President Uhuru Kenyatta at State House, Nairobi. The Summit brought together the two levels of Government to deliberate on ways of enhancing service delivery to Kenyans. Also present were Deputy President William Ruto and Cabinet Secretaries. 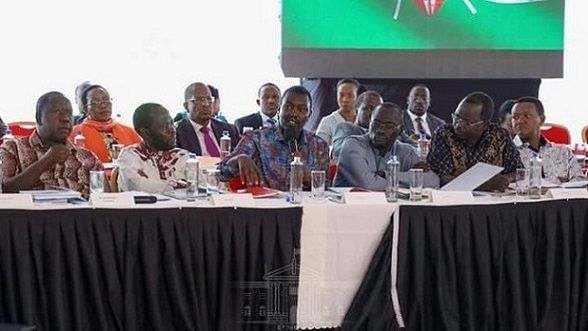 The Head of State, during the discussion on disaster preparedness, lauded counties for their leading role in response to floods, land and mudslides that affected the country late last year. West Pokot was hardly hit by landslides and am glad we have made tremendous progress in the resettlement exercise of people whose livelihoods were destroyed.
He pointed out that the ‘Disaster Risk Management and Digital Platform for Relief Assistance’ framework being developed will help streamline disaster response in the country. 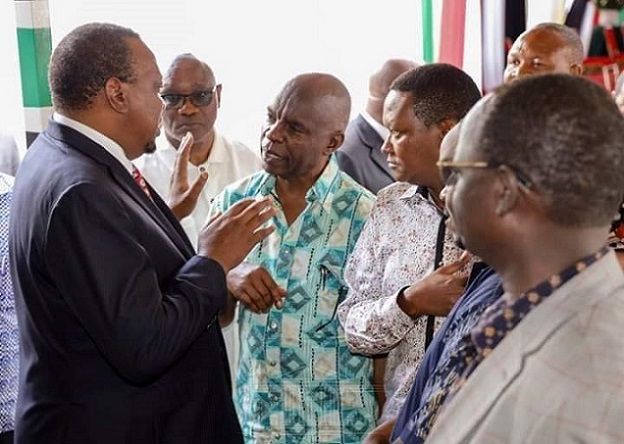 “There is no doubt that these initiatives will not only in future minimize suffering of our people during floods and other disasters, but also provide resource-savings for other social programmes and projects’’, President Uhuru said.
The President further expressed satisfaction with the ongoing roll out of Big Four Agenda programmes on Universal Health Coverage, affordable housing, manufacturing and food security and thanked county governments for their partnership.
Despite remarkable progress achieved, it was noted that some challenges continue to hamper devolution from working to its optimum. The thorny issue of pending bills and the ballooning public wage bill took centre stage. 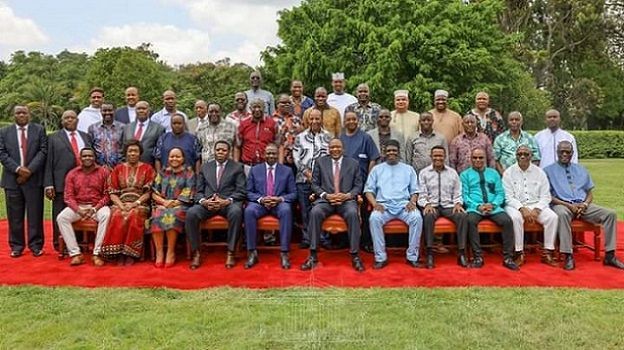 The summit meets annually and is established as a consultation platform for the national and county governments.