IRC In West Pokot to Support Nutrition and Empower Women 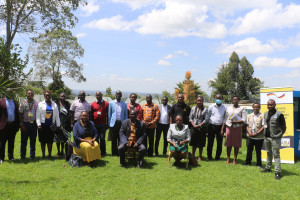 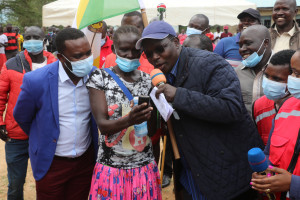 West Pokot County is still on course to reduce malnutrition rates in the county, which in the past years stood at 46%.

To further this cause, International Rescue Committee (IRC) led by its Ag Country Director Chebiwott Sumbeiywo in partnership with the county government will be rolling out a two-year project on Nutrition and Women's Protection and Empowerment with support from the Department of Health.

Governor Prof. John Lonyangapuo said that the support from IRC was timely and will play a role in steering the county towards a healthy and prosperous county.

In Kenya, more than a quarter of children under the age of five, or two million children, have stunted growth. Stunting is the most frequent form of under-nutrition among young children. If not addressed, it has devastating long-term effects, including diminished mental and physical development. Stunting is as high as 46 per cent in Kitui and West Pokot counties due to food insecurity, insufficient care practices and harmful social norms.