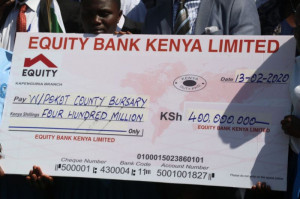 Education is a critical pillar for any nation's development. Guided by this belief, the County Government of West Pokot, through the Department of Education, embarked on yearly disbursement of bursaries in 2018 for all students in secondary schools, tertiary colleges and universities. 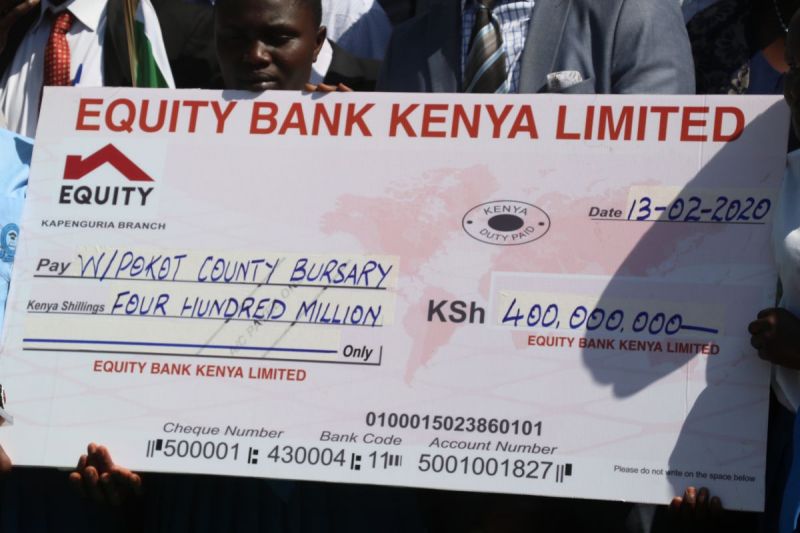 Thursday, 13th February, 2020, HE Governor Prof John Krop Lonyangapuo unveiled Sh400 million Bursary kitty for all students in West Pokot for 2020. Students from needy and vulnerable backgrounds will each get Sh25, 000, boarders Sh15, 000 each and Sh7, 000 each for day schoolers.
Furthermore, students from households affected by landslides in 2019 will be considered for an additional amount. Ortum Boys Secondary School which has the highest number of students from West Pokot received Sh13. 93 million.
“My quest to see West Pokot reduce high levels of illiteracy, which stood at 68% when I took over power in 2017, is on course. My administration has set aside funds for the bursary kitty to ensure no child drops out of school because of lack of fees”, said Governor Lonyangapuo.
Since the bursary programme was commissioned three years ago, school enrollment has increased sharply with over 27, 237 students documented in Form Two to Four in 2020 and data for Form One is projected to hit 15, 000. This translates to over 40, 000 in secondary schools up from 23, 000 in 2017.
School retention and transition rates have improved significantly too. Form Ones will receive their bursaries in Second Term to enable them settle in school and also for an accurate data to be captured during April holiday.
Governor Lonyangapuo appreciated the Bursary committees at location levels who have been instrumental in capturing, verifying and documenting students' data.
He added that his government has put emphasis on matters education to help reduce Illiteracy levels and empower the people of West Pokot.
County Executive Committee Member For Education (CECM) Madam Ruth Kisabit urged students to work hard is school as county government has invested in them heavily. 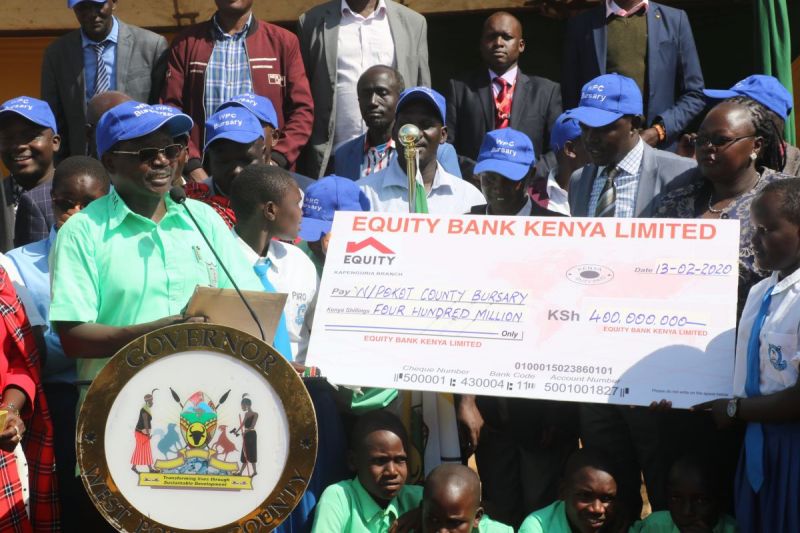 “I urge all the students to work hard in school and embrace discipline so that they can excel in their education. The county government has invested heavily on education and every student must maximize this opportunity, Madam Kisabit said.

The county also has an active Adult Education program. It has attracted several learners who are taught reading, writing and basic arithmetic. This has enabled them transact various businesses unaided which include mobile money transfer.
person
exit_to_app