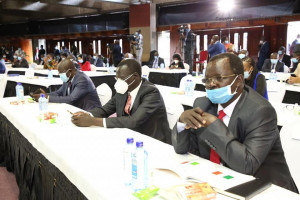 Governor John Lonyangapuo joined the rest of Kenyan governors and high ranking officials within the government in the National COVID-19 Conference presided over by HE President Uhuru Kenyatta at KICC in Nairobi.

The forum, which primarily focused on the steps in various arms of government in combating the Covid-19 pandemic, was organised to take stock of the government’s response to the pandemic and advise on new measures and chart a way forward post Covid-19. 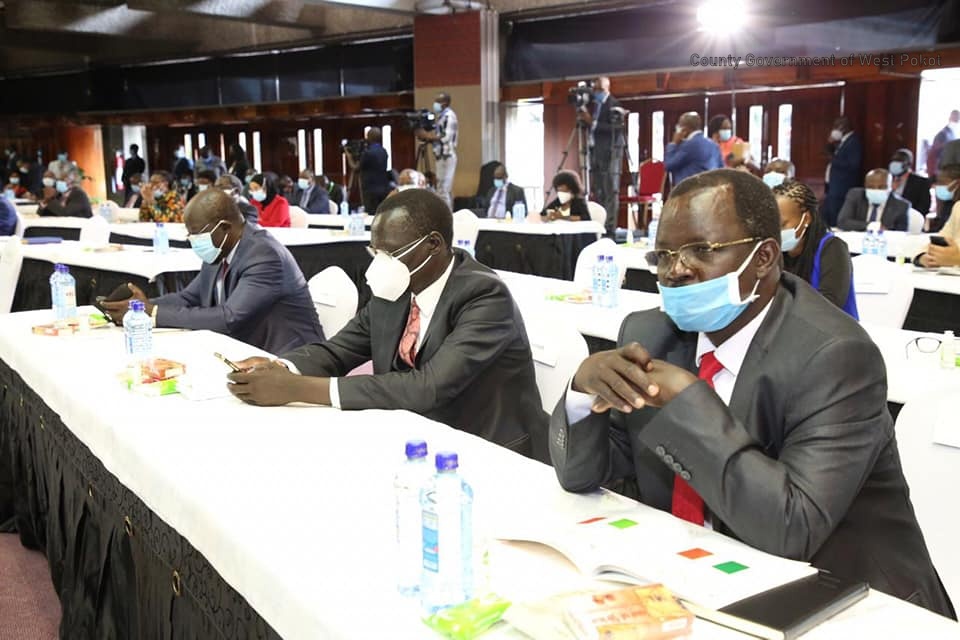 In his opening remarks, the Head of State urged the conference participants to take stock of all the measures taken since March when the first case was confirmed in the country, so as to determine the way forward.

The conference, held at the Kenyatta International Convention Centre, was attended by Cabinet Secretaries, senior government officials as well as stakeholders, who included the clergy.

Governor Lonyangapuo has played a key role in sensitizing West Pokot residents on the virus and the key measures to take. During the onset of the pandemic, the governor led a fumigation exercise in Makutano town to cut down on the risk of the virus spreading across the county. The measures have proved effective with West Pokot being among the few counties in Kenya registering few Covid-19 cases.