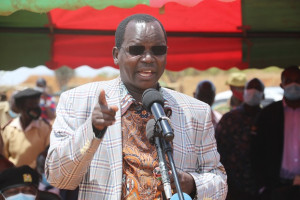 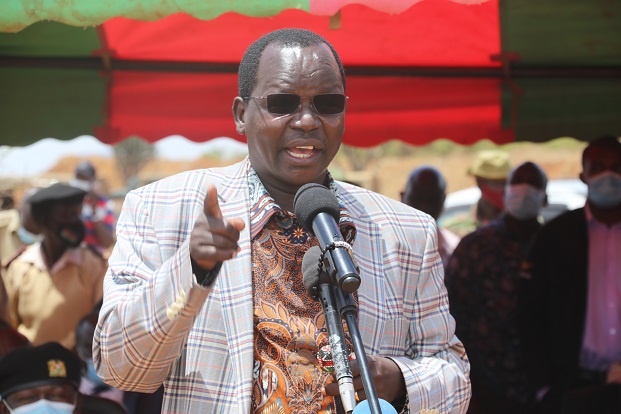 Governor Lonyangapuo said that it was unfortunate for women and children to spend nights in the cold after their houses were destroyed. He urged for calm as the two counties and the national government work towards resolving the perennial issue.
During the meeting, Natembeya disbanded the land committee and directed a new one to be constituted in a month with a membership drawn from all communities affected by the conflict. The committee will aid in vetting those with genuine allotment letters and also identify beneficiaries for phase three of the settlement exercise. This is a crucial step in ensuring land owners displaced by a network of cartels working with rogue officers in the lands registry are resettled. 15, 000 acres of the 17, 000 acres of the ADC Farm was allocated to squatters but the implementation process was marred by corruption thus fuelling perennial land rows. 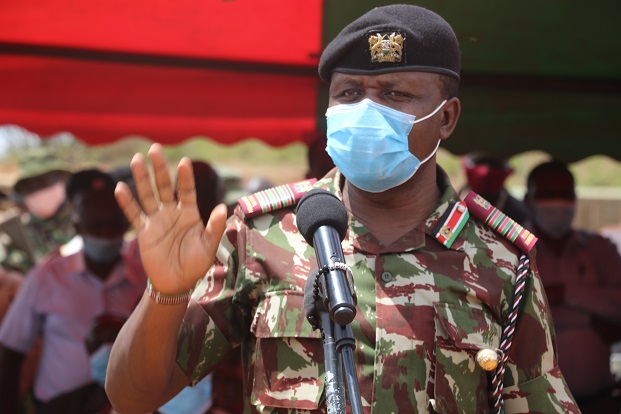 
According to records as revealed by Natembeya, only 14, 000 acres was subdivided and 1,730 cannot be traced. He ordered administrative officers to find the missing parcel of land. Present were Senate Leader of Majority Samuel Poghisio and MPs Dr. Robert Pukose (Endebess) and Samuel Moroto (Kapenguria) among others. 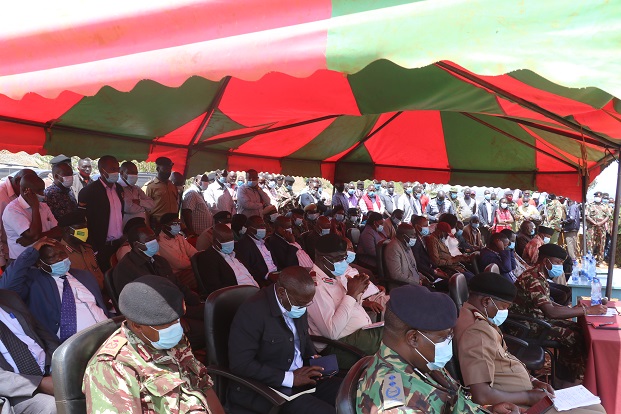 Earlier on with County Commissioner West Pokot Apollo Okello, we visited Katikomor area to assess situation following eviction of people from disputed pieces of land near the Suam Orchard ADC. Land issues in Chepchoina, Kamtel and Katikomor have been a thorny issue since 1994 when government allocated parcels of ADC farms to the landless members from Luhya, Turkana and Pokot communities and escalated during planting season by cartels with fake allotment letters.